The famous emerald and diamond Moreira tiara featuring one of the largest jewelry quality emeralds ever found.  Platinum tiara with (42.4 carats) large center emerald, (7.56 carats) side emeralds and (7.89 carats) of pave diamonds.  By Ernesto Moreira Welcome to the world of Ernesto Moreira. A world of elegance, luxury, and romance: a world where the most amazing visions are transformed into the most breathtaking realities. In this world, beauty begins with inspiration. The inspiration can come in many forms: perhaps a client or a pattern found in nature; perhaps an object in the world around us, such as the curve of an architectural element or simply the raw materials themselves. Once inspired, the process of translating the vision into a reality begins. It is a meticulous process which involves exacting precision and the minutest attention to detail. The final result is a work of art wrought in precious metals and punctuated with the finest diamonds, the most unique gems and the highest quality pearls.

Critically acclaimed, the collections and one-of-a-kind pieces of Ernesto Moreira represent a return to old world craftsmanship and singularity of vision not often found in today’s tendencies toward convenience and mass cloning. So welcome to our world. Whether it’s a signature piece from one of our distinguished collections or a one-of-a-kind heirloom you’re looking for, we hope you enjoy browsing through our treasures and exploring our history. Innovative design, intricate detail, old world craftsmanship, and the most exquisite precision – these are the hallmarks of the creations born from the imagination of Ernesto Moreira. Empress Eugenie’s Pearl and Diamond Tiara (1853) ~ A wedding gift from Napoleon III to Empress Eugenie on the occasion of their marriage. Currently housed in the Louvre. 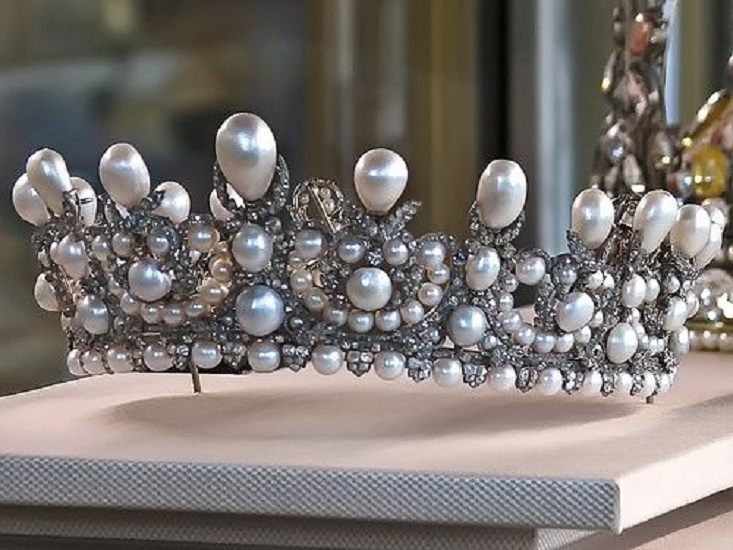 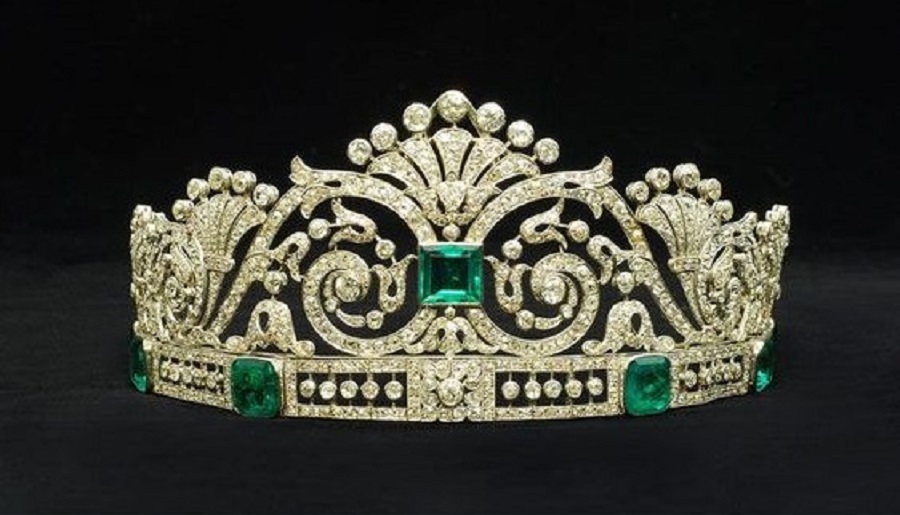 An emerald and diamond tiara in a fitted case by Marzo. The central square-cut emerald set amidst a tapering openwork panelof scrolling foliate motifs, mounted atop a band set with six graduated cut-cornered step-cut emeralds interspersed with openwork panels with knife-edge set diamond collets, the piece set throughout with old and rose-cut diamond. Circa 1915. This tiara has been in the private ownership of a Spanish aristocratic family.

A Gorgeous An Emerald and Diamond Tiara by Marzo

The Fife Tiara first belonged to Princess Louise of Wales, the oldest daughter of King Edward VII and Queen Alexandra. When Louise married the Earl of Fife in 1887 at Buckingham Palace, she received many presents including the stunning tiara with pear-shaped diamonds hanging freely in a diamond framework, topped with more pear-shaped diamonds which alternate with round diamonds. Though it is not certain, the tiara is believed to be the work of Parisian jeweler, Oscar Massin.

Sun tiaras are recorded from the beginning of the nineteenth century. At the 1889 Paris Exposition the jeweler Vever exhibited a model containing a 54-carat diamond.
Cartier’s first sun tiaras date from 1904 and were delivered to J.P. Morgan in New York and the Countess of Suffolk in London. In Londons Cartier’s were still designing sun tiaras in the 1920s, some of which were set with a large cabochon sapphire or emerald at the center. The last one was ordered in 1926 by the daughter of Mrs Cavendish-Bentinck.

The Boucheron tiara was left to Queen Elizabeth the Queen Mother by the Hon. Mrs Greville from Boucheron in London on 8th January, 1921. It was made up from the customers stones which were taken from an old tiara.

The 1936 Cartier “Halo” Tiara that the Queen loaned to Kate Middleton on her wedding day. It was made in 1936 and purchased by the Duke of York (later King George VI) for his wife, Elizabeth’s mother (also Elizabeth — the first!). Queen Elizabeth II received it as an 18th-birthday present, at which time she was Princess Elizabeth.

The Strathmore Rose TiaraThis is the Strathmore Rose Tiara was a gift to Lady Elizabeth Bowes-Lyon (the future Queen Elizabeth, the Queen Mother) from her father, the Earl of Strathmore, for her wedding in 1923. The piece itself is likely older than that; it may have already been an antique when the Earl purchased it. The tiara features a garland of wild roses in diamonds mounted in silver and gold.

This tiara was one of the future Queen Mary’s wedding presents in 1893. Named the Girls of Great Britain & Ireland Tiara. It is also Queen Elizabeth II favorite tiara. 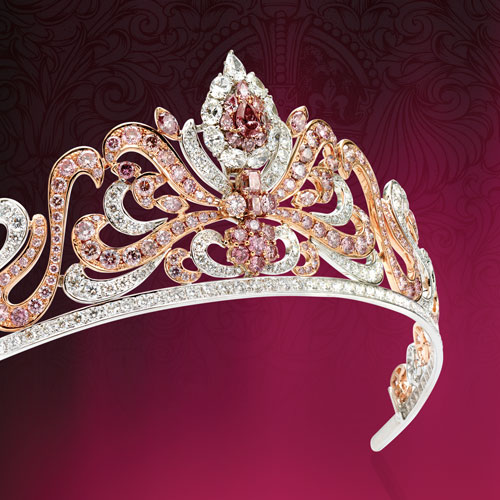 Those of us who have dreamed of owning the 20-carat Argyle Pink Diamond Tiara can keep on dreaming. Australian jewelry retailer Linneys bought the rare jeweled piece of art.

Designed by the Royal Jeweler Asprey of London a few years back, the Argyle tiara displays 178 rare Argyle pink diamonds. Diamonds found form within the Argyle mine in Australia are known to have the most vivid pink color saturation from any pink diamonds mined. One can imagine that of any jewels to be used when designing such a luxurious tiara, Argyle diamonds would be on the top of the list.

The tiara is one of the most significant pieces of pink diamond jewelry in history. The headpiece has managed to capture the past, present, and future in one magnificent item by combining traditional style with a modern day coveted stone, which might not be around for much longer. The center stone of this unbelievable piece of art is actually a detachable ring that can easily be removed from the tiara at any point. Meaning, even when it is not worn as a luxurious head piece, parts of it can still be admired and utilized as magnificent diamond jewelry. 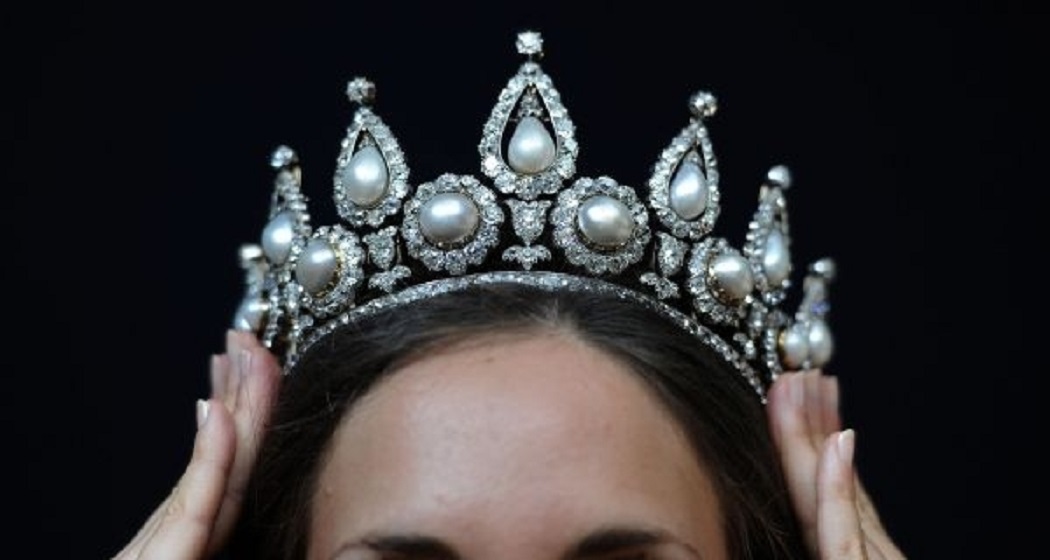 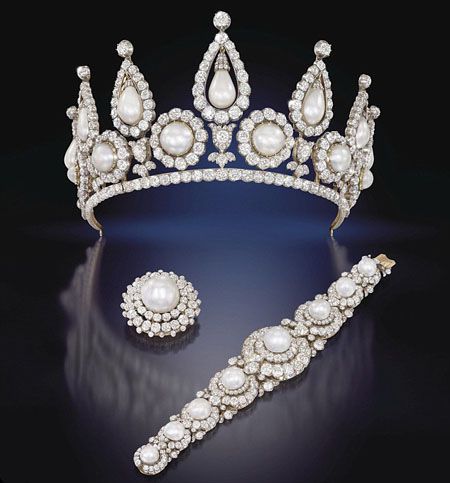 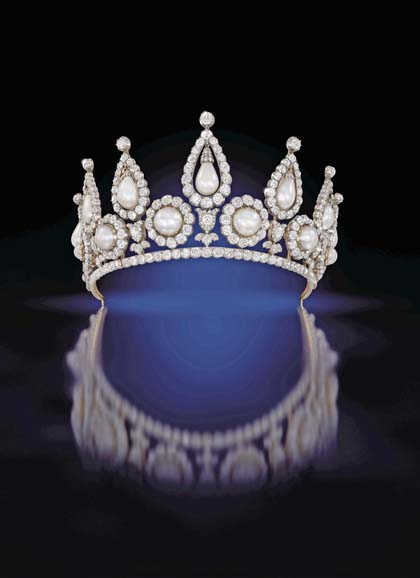 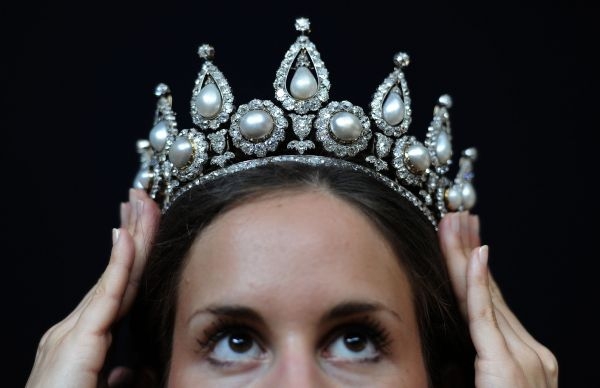 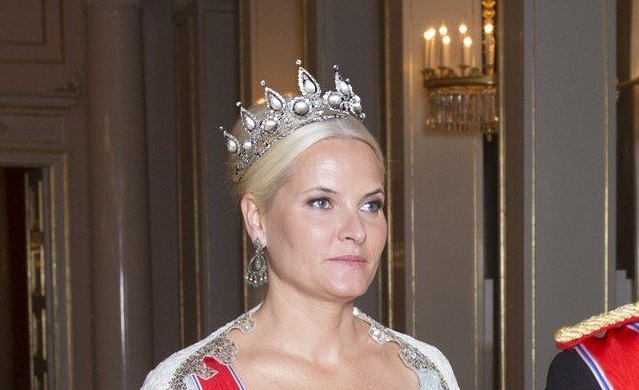 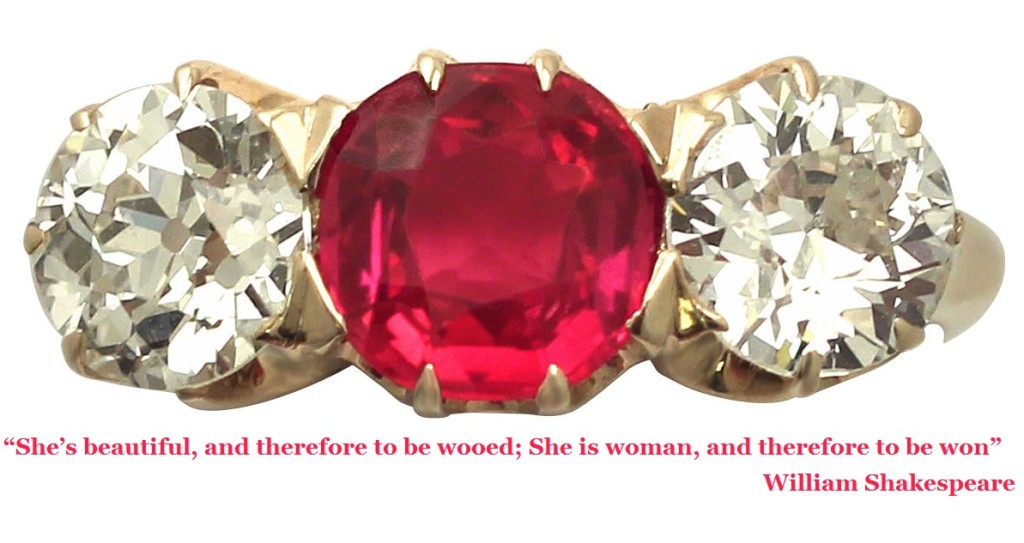